We are offering Daily Yoga, Meditation, Pranayama Classes, Retreats, workshops at Meherabad, Ahmednagar, Maharashtra, India. Meherabad was originally an ashram established by Meher Baba near Arangaon village, India in 1923 about 3 kilometers from Ahmednagar City. It is now the site of Meher Baba’s samadhi.

Arangaon (which means Forest Village) began as a walled town in the 16th century, but by the end of the 19th century most of the trees had been harvested for timber and fuel. By World War I, the area was dry and barren. Some of the old architecture is still standing, such as the shrine of the 17th century Hindu yogi, Buaji Bua. He is said to have entered his tomb, which is just outside the Vithoba temple, while he was still alive. 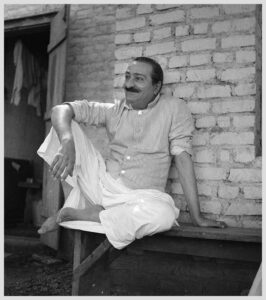 Gilori Shah was a saint in Ahmednagar who had been a cook in Queen Victoria’s kitchen in England. Legend has it that when he decided to return to India, the Queen gave him a bag full of treasure. But somewhere along the way on his return journey to India, he threw the bag into a body of water. After settling in Ahmednagar, his followers referred to him as “Maula Baba.”

Gulmai and her family also befriended the reclusive saint. Just after Kaikushru had obtained the property in a debt repayment deal, Gilori Shah requested Gulmai to give him a small plot of this land on which his tomb could be built, but Kaikushru was reluctant. Gulmai also tried to discourage the saint, knowing what trouble it would bring her from their orthodox Zoroastrian community.

Then one night early in 1923, Gulmai dreamt that Gilori Shah was a baby in her arms, pleading with her, “Mother, you still haven’t given me my place to rest.” The very next day, Gilori Shah came to Arangaon with some of his devotees and pointed to the spot where he wanted his tomb to be built. They questioned him about choosing such a desolate distant place, when some of his wealthy Muslim followers had offered much nicer sites near the city. He replied, “You are like children. You know nothing! In a short time, this place will turn into a garden of pilgrimage. A great one will come here, and this land will one day belong to the people of the world! Only then will you understand why I am buried here.” (Lord Meher p. 482)

These experiences convinced Gulmai and Kaikushru that they should give the saint what he wanted. Gilori Shah told them that Meher Baba would be coming soon, and he wanted his tomb to be ready by then. Meher Baba had begun to refer to Gulmai as his spiritual mother. In February of 1923, she attended the birthday celebration for Baba at Manzil-e-Meem in Bombay. On the following day, the engagement of her son was finalized there; Rustom would marry Freny, the sister of Mehera, who would become Baba’s dearest disciple. Afterwards, Baba mentioned to Gulmai that he was planning to leave Bombay for some quiet place, which would be more suitable for the ashram. She told him about Gilori Shah and their property near Arangaon, and urged him to stay there.

A few weeks before Rustom and Freny’s wedding on May 9th 1923, Meher Baba came to Ahmednagar with some of His mandali. They stayed at Kaikushru and Gulmai’s family quarters, then known as Khushru Quarters. It is now the Trust Compound, known as “Meher Nazar.”

As the number of guests arriving for Rustom and Freny’s wedding increased, so did the tension and the criticism of Meher Baba behind His back. By the morning of May 4th, He had enough and abruptly walked away, with His mandali hurrying to catch up. Without explaining anything, He passed the railway station at the end of town and continued leading them towards the south.

As they came within sight of the village of Arangaon, Baba sat down on a masonry parapet, which surrounded a neem tree on the east side of the road. He admired the quiet atmosphere of the place and pointed out the ready but unoccupied tomb of Gilori Shah. (Gilori Shah dropped his body in January of 1924.)

You should know few things about Meherabad. For more details refer below links-

Before you imagine about room we would like to tell about it. you are going to stay at spiritual place in the village. So you will not get luxury fancy accommodation. You will get basic, safe, clean, airy, comfortable accommodation. We have AC rooms and non AC rooms.

We are located very close to Meher Baba’s Samadhi. There is a beautiful garden around the campus. Feel at home in quiet comfort, cradled by nature amidst the many different trees. Allow yourself to truly relax in peace. Pleasant and spacious rooms are available for both single and double occupants, with a view of greenery and the quaint village of Arangaon where we are located. Comfortable Accommodation with healthy food, personal concierge, wifi, garden area lets you enjoy the tranquillity of nature.

What we eat directly affects our learning & practice and in yoga & meditation, food holds a crucial place. Right food will keep your body healthy, mind stable and soul relaxed. Also, hygienic and sattvic food provides you divine energy to do your yoga practice properly. This is the reason that we are highly focused on about giving suitable & wholesome food to our students.

During the training we offer a vegetarian food. So please remember if you need Vegan food we can provide, but you need to let our chef in advance.

Back to top of page